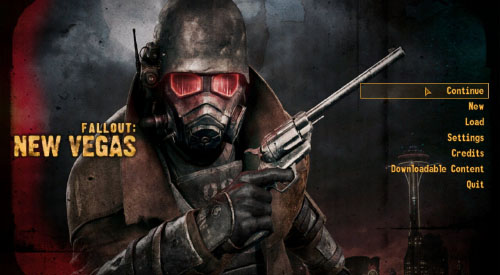 Yet another armor you wish you had from the start

All the fpsc options are available in Fallout New Vegas since version 4.0.

Another great game from Bethesda.

It follows the adventures of Courier Six, a guy that should be dead but had a surprisingly really hard face.

Sadly, he remembers nothing except being shot right in the head with a really big gun, and has to make his way around the Mojave desert listening to very old tunes and trying to be way crazier than the local denizens, the mutant scorpions, fanatics, robots, radiation, bad food, bad wheather, an army from California, an army from Colorado, and a whole lot of insanely fun shenanigans, just to figure out who shot him and why. 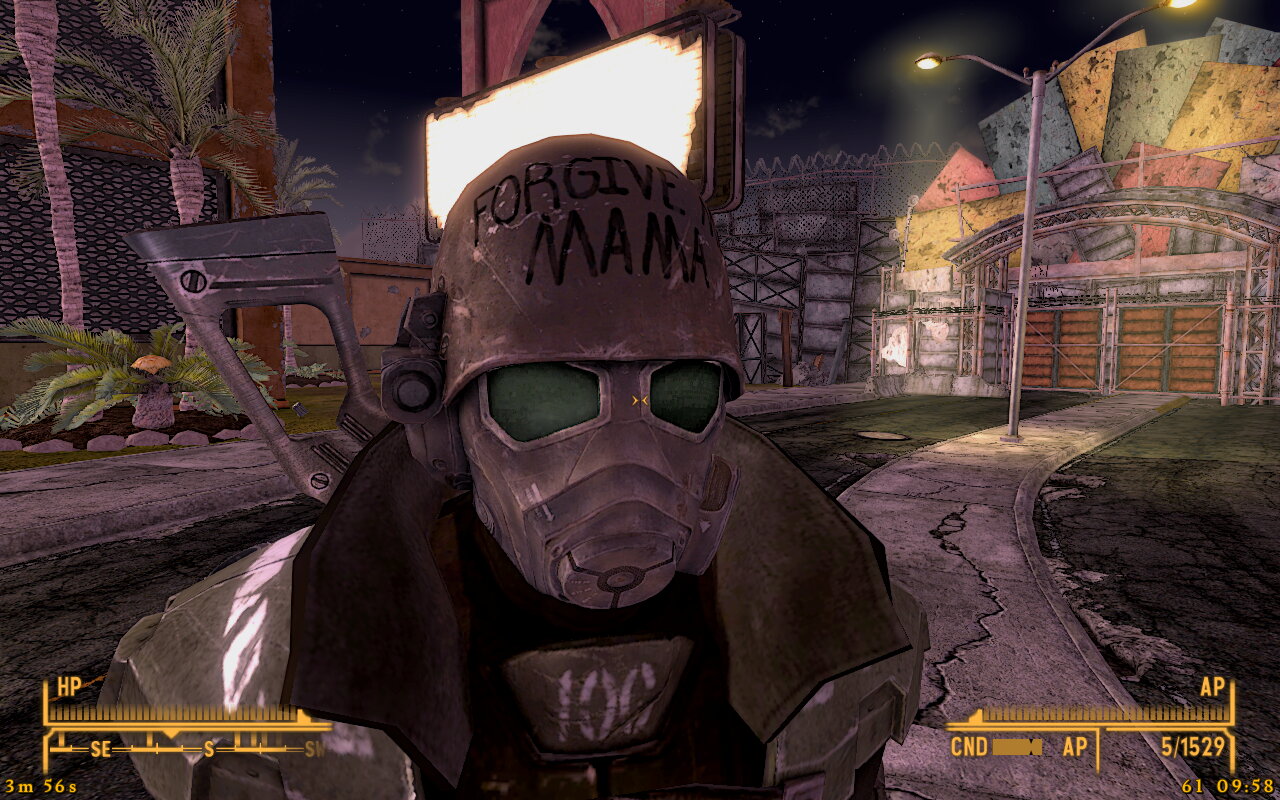 I didn't play this game back in the day, but everybody was saying very nice things about it, so I tried it, just to see what the fuss was all about.

I was not dissapointed. Probably one of the most fun games ever, the music is great, graphics are great, the story trumps it all, of course I could not pass the opportunity to add full support for this game to the fpsc, this is the game in which I built the new color correction system inside version 4.x